Skip to the text.

Introduce Our Research Space and Mobility × Muroran Institute of Technology

The world has evolved from an era when people used to look up at the sky and think about space, to an era where satellites are placed in space to bring a wealth of information to the planet Earth. Muroran Institute of Technology is engaged in the research and development of aerospace engines, and research that supports people’s lives, such as designing cities and mobility using a range of big data. Here, we interviewed two professors who are conducting research related to two fields, outer space and the earth. 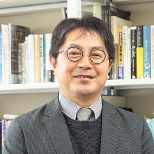 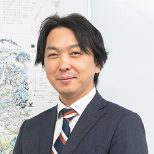 Associate Professor
Mikiharu Arimura
01 I heard that you both conduct research in Taiki Town, Hokkaido. Please tell us about your research and thoughts in regard to the theme of “space connection.”
Expanding human space from the earth to outer space and returning research results from outer space to the earth

Professor Uchiumi：I am doing research in the field of aerospace system engineering, while Professor Arimura is doing research in the field of urban transportation design, and these two are connected by the keywords “mobile object.” Until now, people have moved two-dimensionally on the surface of the Earth, whether by car or train, or on foot. In the 20th century, as the next step, people shifted to three-dimensional mobile objects such as airplanes and spacecraft. SpaceX, an American private sector company founded by Mr. Elon Musk, realized manned transportation to the international space station with its own rocket in 2020. In 10 or 20 years, hypersonic transportations and spaceplanes will be realized and developed, and space travel will become more casual. You may go to Mars for your honeymoon or do physiotherapy in a weightless space that doesn’t put a strain on your body. The national government is also serious about expanding space utilization and discussing what to do with space transportation in the future. Against this backdrop, Muroran Institute of Technology opened Aerospace Plane Research Center Satellite Office in Taiki Town in October 2020. We believe that the development of space rockets through collaborative research with Interstellar Technologies Inc., which was founded by Mr. Takafumi Horie, and experiments related to small supersonic aircraft will accelerate further.

Associate Professor Arimura：From the perspective of surface mobility, MaaS (Mobility as a Service) has started worldwide as an attempt to integrate the transportation services (e.g., reservation and payments) of taxis, buses, LRT, and other modes of transportation. In recent years, the development of ICT has led to the advancement of autonomous driving of vehicles. In 2019, Taiki Town conducted a long-term demonstration experiment in collaboration with the national and local governments, in which the townspeople actually used the automatic bus driving service. If this is put into practical use, it will contribute to solving the shortage of personnel due to the aging of drivers, and by connecting to other means of transportation such as intercity buses, it will be possible to further expand the space for people to move. However, autonomous driving is not possible without artificial satellites that provide positional information, so it is necessary for Professor Uchiumi to develop the rocket field. A demonstration experiment of autonomous driving was conducted in Taiki Town. In the future such driving will be seamlessly connected to the means of transportation to outer space, such as rockets, in terms of mobility. Here, the theme of “space connection” connects the two. 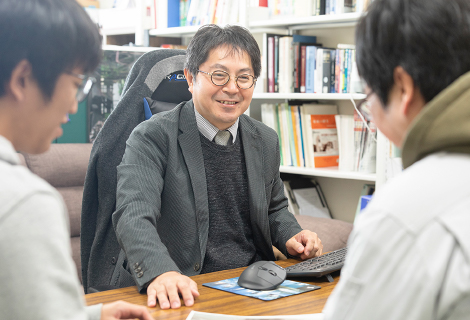 Professor Uchiumi：Tens of thousands of artificial satellites have been launched around the world to collect information from space. What is important now is how to develop infrastructure in outer space. For example, when it comes to wireless communication for mobile phones, if emitting radio waves from space becomes possible, it will improve the situation where radio waves cannot be connected in areas without terrestrial antennas, such as mountainous and depopulated areas. As for aircraft systems, the Western countries have the technology and rights, but Japan must not lag behind in terms of space. As I said earlier, the time will come when anyone can go to outer space. From the idea that we want to create a Japanese gateway to outer space in Hokkaido, we are promoting the Hokkaido Spaceport Plan, and we would like to create a spaceport here in Hokkaido. I believe that a community will be formed around the spaceport and a new culture will be born in Hokkaido.

Associate Professor Arimura：In the sense that the habitable space for people will expand into outer space in the future, there is also a connection in terms of civil engineering. We are also receiving great benefits from outer space. The declining population has now become a problem. However, to keep society smart, help from outer space is indispensable. I am also doing research dealing with big data, and most of the positional information data comes from space. Such data helps to create elaborate plans in city planning, and of course, it can be applied to technologies such as autonomous driving. The range of application fields will expand by combining positional information as the data infrastructure of cities. On the contrary, if we continue with research without considering its uses, the urban space where people live in groups cannot adapt to the changes of the times. We share the same idea of having the technology to respond when such an era comes. 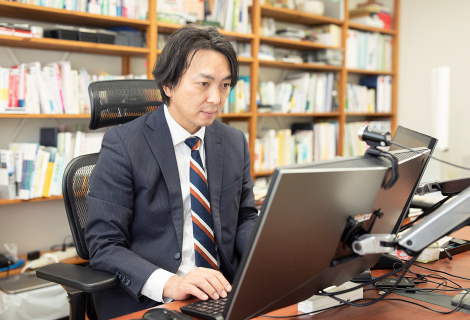 02 Please tell us about the future of your research and specialty.
Sharpen your foresight and utilize existing technology

Professor Uchiumi：I am researching rocket engines, and I believe that the systematic research and development of rocket turbopumps, which is typical of high-speed turbomachines, is something special in universities. The other day, we announced a plan to demonstrate the technology for deploying and measuring deployment structure of a micro-small satellite in outer space. If this succeeds, it will be the first in the world. In the future, I would like to disseminate such pioneering technology from Japan. Hokkaido has vast land, which is an ideal environment for research and development on aerospace and flight demonstrations. Taking advantage of such characteristics, I would like to conduct research and development with an eye on fully operational rockets and social implementation. I would like to actively conduct collaborative research with private companies to create innovative products from here. I have a desire to launch an artificial satellite produced in Hokkaido from the land of Hokkaido with a rocket developed in Hokkaido for the people of Hokkaido. This is a project to launch a Hokkaido satellite, which is all completed in Hokkaido.

Associate Professor Arimura：Regarding city and transportation planning, which is my specialty, we have to consider how to deal with the declining population, which is already occurring. For example, the population of Hokkaido is projected to decline in the 20 years from 2020 to 2040 at twice the rate of decline in the past 20 years to 2020. How can we live happily in this situation? As with autonomous driving technology, good use of new technology may create a society where people can easily maintain their lives and settle down even if they live far from the central city. Meanwhile, looking at cities, problems due to the population decline, such as vacant houses, have arisen. One of the reasons for this is that the population began to decline while the urban area expanded during the period of high economic growth. I am also conducting research to make such cities more compact. In addition to the application of big data, we would like to incorporate new technologies, such as autonomous driving technology and MaaS, to solve problems in cities and regions.

03 Please tell us what you would like to see in students who wish to enroll in Muroran Institute of Technology.
Hone your senses with beliefs and dreams

Associate Professor Arimura:I would like students to be interested in various natural phenomena. There is a phrase “sense of wonder.” It’s like how seeing snow crystals makes you feel intuitively impressed. I believe that those who have such a sense and those who can think about how to connect that sense to the happiness of people are suitable for engineering. 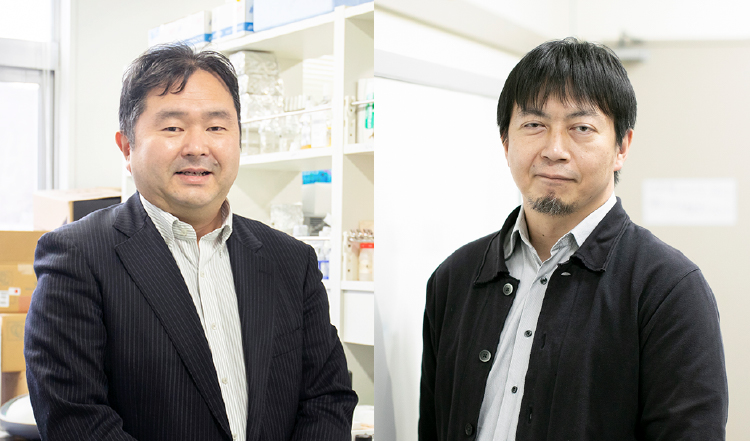 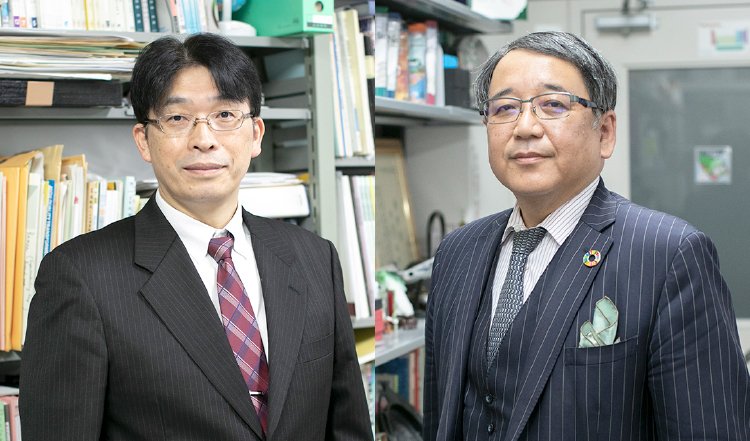 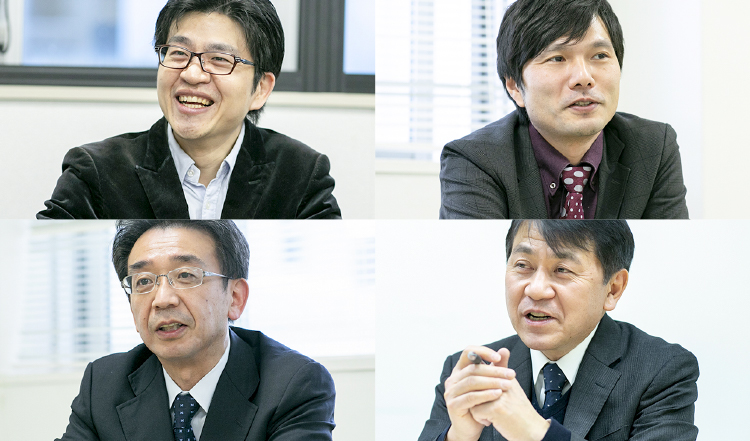